Kin Town Baseball Stadium is a baseball field with natural turf that opened in December 2011. The infield has black soil, which is the same as the dirt found in Koshien Starium, and the outfield has natural turf (Tifton). 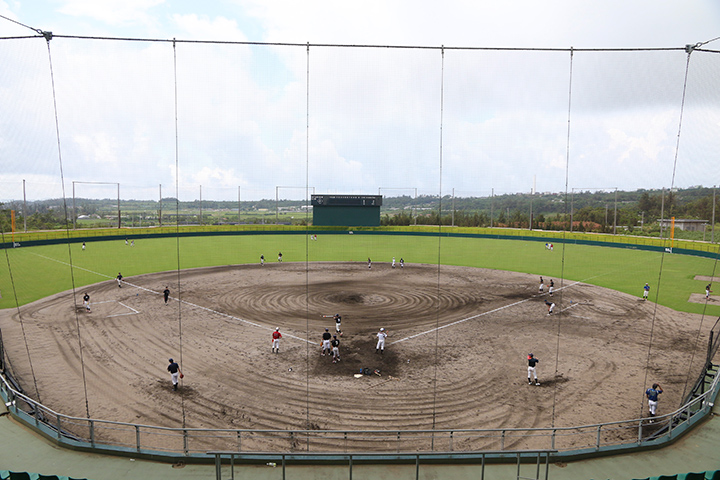 The field, which is surrounded by a rubber-covered fence and has dimensions of 100m along the foul lines and 122m to the center, can be used for baseball and softball. Its characteristics include its spectator stands, which hold a maximum of 2,142 people, and its realistic build, featuring an electric scoreboard and mre. It is utilized by the townspeople, as well as for prefectural tournaments. 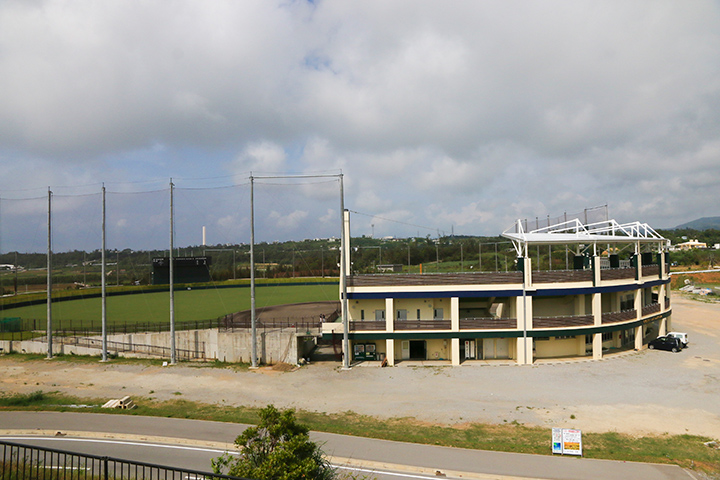 Also, it has been utilized as a spring camp for professional baseball clubs, such as the Tohoku Rakuten Golden Eagles and the Kia Tigers, a Korean prodessional team, and collegiate baseball teams. 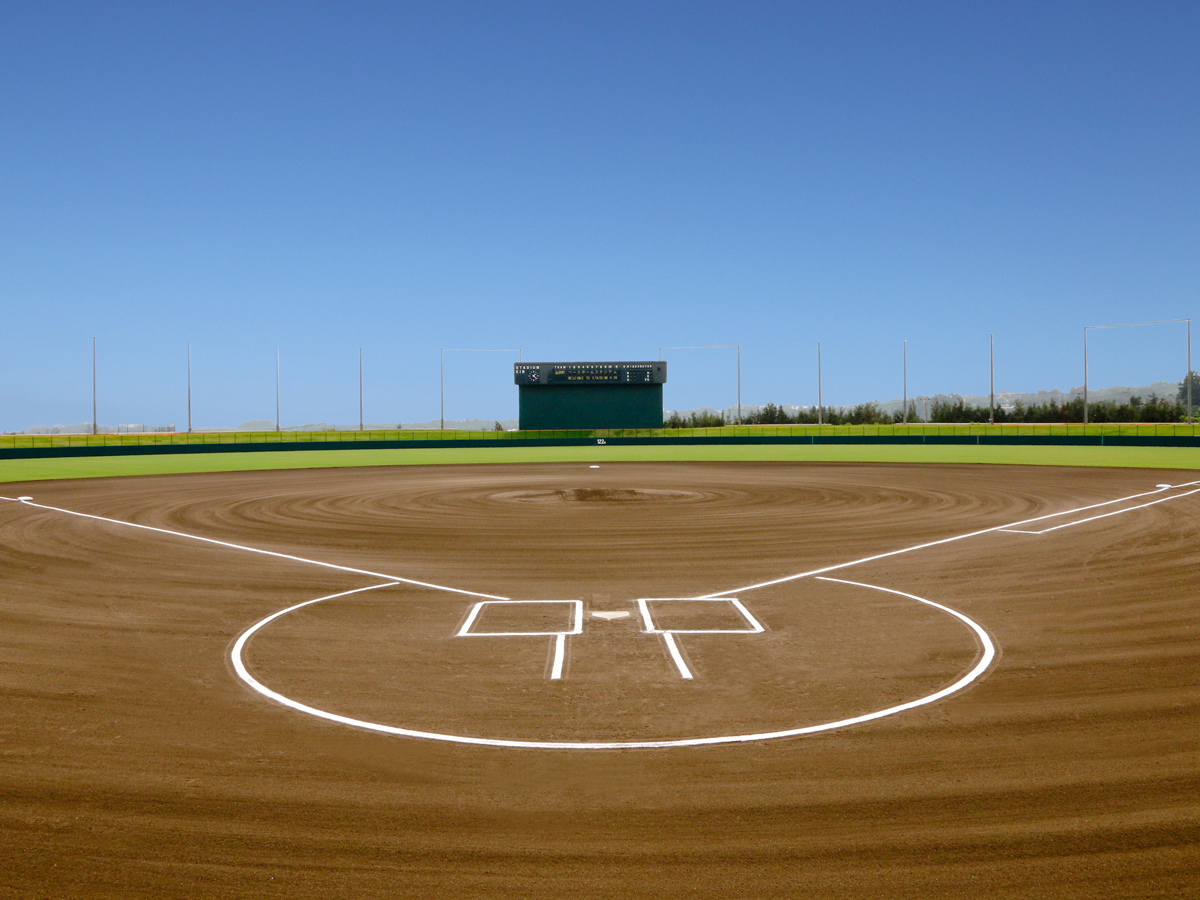