In 1945, after the Second World War had ended, The U.S. army built Yaka prisoner of war camp, holding approximately 7,000 captured Japanese troops, on the remains of Yaka settlement, Kin village. Even under the strict U.S. army regime, the Okinawan prisoners held samisen performances, making “can samisens” from empty cans and scrap wood, using parachute cords as strings. “Yakasetsu,” a song of war grief, was created in Yaka prisoner of war camp, and then became widely popular.
The prisoner of war camp closed in February of 1946, and then the location became a U.S. army convalescent home. It was returned to Okinawa on August 31, 1979.

On the back of the monument to Yaka prisoner of war camp, the lyrics of “Yakasetsu” are inscribed.
“Natukashiya – Okinawa – Senjoninayai – Seken – Obannintonamidanakachi”
Dear old – Okinawa – became a battlefield – the people of the world – do they weep 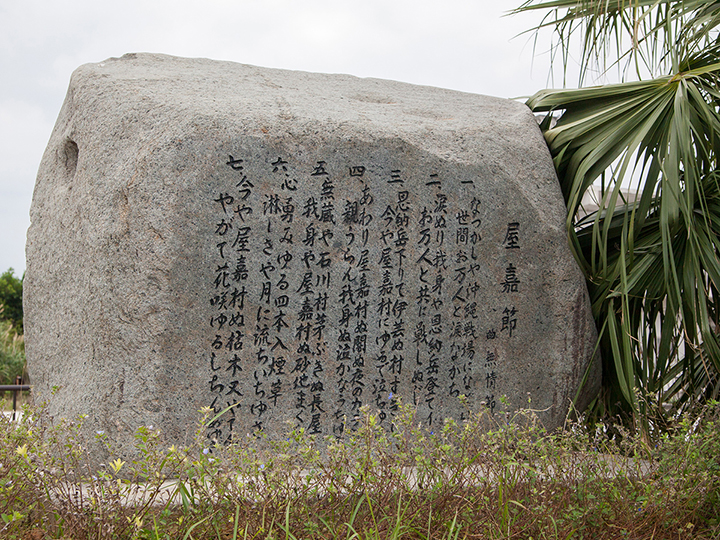 It expresses sadness and a wish that there would be no more war. 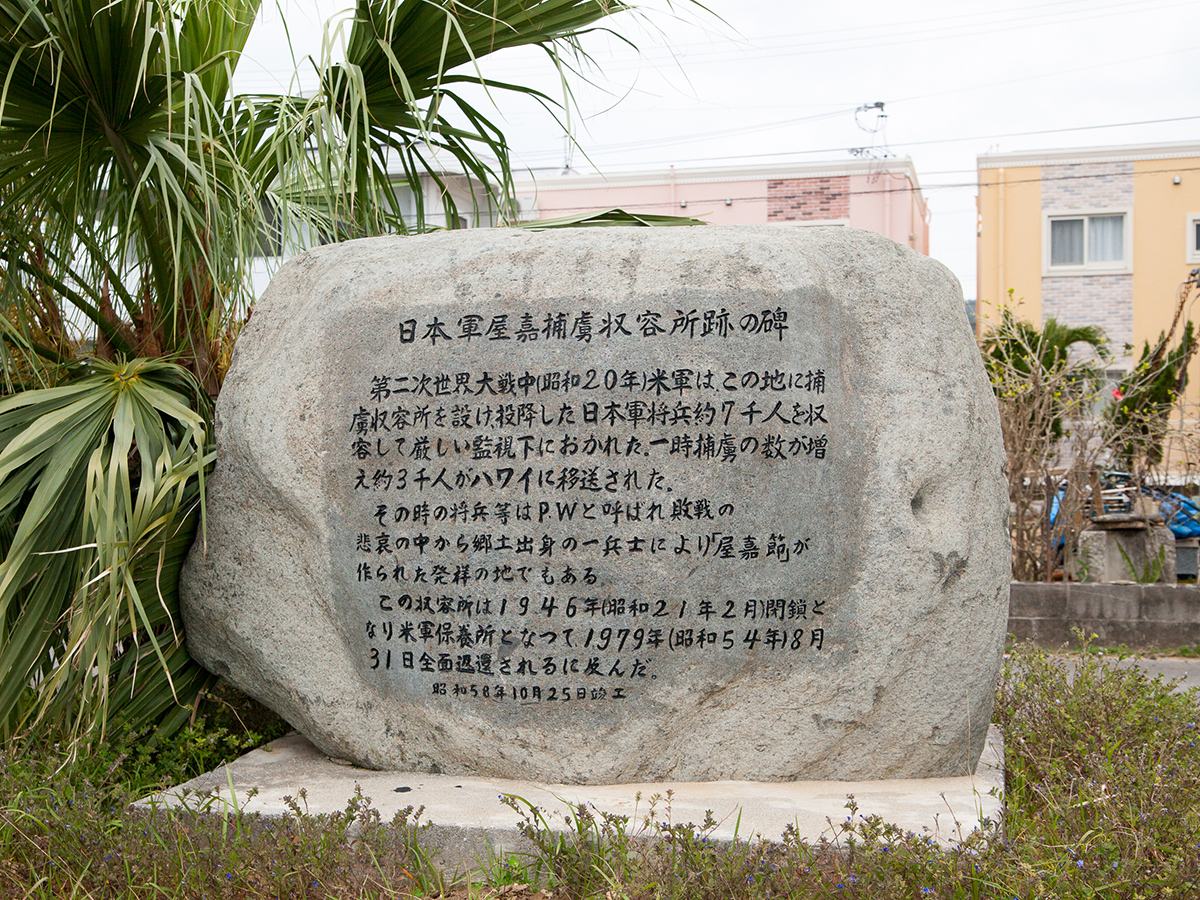